UFF Sports has another big fish in the fold, with the recent announcement that Craig Button — the Stanley Cup-winning former NHL general manager — has joined the High Level Scouting Agency as their President of Scouting.

Button, who is also currently TSN’s Director of Scouting, will serve as an advisor to Trish Millard, who will own and operate the High Level Scouting Agency. She will rely on Button’s expertise for targeting top prospects in UFF Sports’ upcoming auctions as well as on the open market. Those prospects, providing they pan out, will be acquired by franchises in the Ultimate Fantasy Hockey League (UFHL).

“I’ve worked with Dean Millard, but I’m really excited to work with his smarter half. Trish Millard will run a tight ship, and you know Northern Alberta girls know their hockey. I can’t wait to take High Level Scouting and UFFS to new heights,” Button said from his Calgary home. 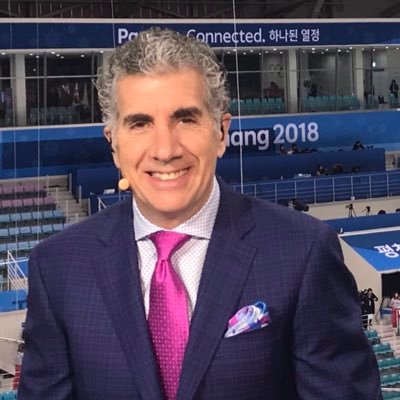 Trish Millard, who hails from High Level, Alberta, where she grew up as Trish Fedeyko, is married to Dean Millard, who hosts the Tracking the Draft podcast with Button and also owns a UFHL franchise known as Duckman’s Domination. Those connections helped form this partnership with Button, who is one of the most respected people in the scouting world as well as one of the biggest names thanks to his role with TSN.

“I know, hands down, I have the best scout in the game looking for talent to add to the stable and I’m already looking at adding to the roster,” Trish Millard said of her plans for the High Level Scouting Agency. “Craig is not only talented, but he’s blunt and that’s one quality I really admire. If a player can’t cut it, he won’t dance around or sugarcoat it.

“I hope to compliment him with some others in the scouting world who also excel at their job. This is just the beginning!”

Button’s father Jack started the NHL’s Central Scouting Bureau in 1975 at the prompting of then NHL President Clarence Campbell. Craig Button started with the Minnesota North Stars in the late 1980s and followed them to Dallas where, as the Director of Player Personnel, he helped build the 1999 Stanley Cup championship team. A year later, Craig Button replaced Al Coates in Calgary as the Flames’ general manager where he put together a good portion of the team that went to the Stanley Cup Final in 2004.

Button is well known for his ‘Craig’s List’ prospect rankings and his work as an analyst for TSN. Button also joins Dean Millard each week on Tracking the Draft where the pair look at the upcoming, past and future drafts.

“UFF Sports and the UFHL are thrilled to have Craig Button in the fold as a former NHL GM with a Stanley Cup ring and his finger on the pulse of prospects as TSN’s Director of Scouting,” said UFF Sports president and founder Tony Charanduk. “Button’s addition to the High Level Scouting Agency raises the bar for our entire platform. Everyone will benefit from his pedigree and credibility, and we all look forward to working with and learning from Craig.

“The concept of scouting agencies is something that happened organically within the community — and it is a great example of what our worldwide platform is all about. We are building an ecosystem that our global community will always have the power to change, add to, and improve,” added Charanduk. “Highly skilled and connected people like Craig will encourage all of us involved to strive for greater success.”

To become a scout for Ultimate Franchise Fantasy Sports, email info@uffsports.com and get registered ($20 USD) ahead of the Futures Auction, which starts on August 15 and features 140 prospects from the 2021, 2022 and 2023 draft classes.