Favourite NHL Team(s): Wherever Andy Moog was playing and the Jets 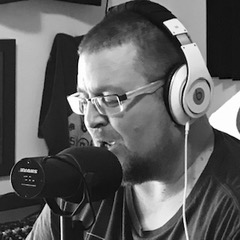 Bio: My name is Dean Millard and I am your Corona Cup champion … my reign starts now. I’m a fantasy fanatic and have been since the late ’90s when I started my broadcasting career. It has taken me from Brandon, Man., to Red Deer, Alta., to Regina, Sask., to Edmonton, Alta. From TV to radio and now I own and operate Podcast Alley where we talk everything from sports to weed and in between. I grew up watching WHL hockey and worked in sports TV and radio for over 22 years. My wife Trish has beaten cancer twice and I have a journey with mental health that I am on. I love camping, smoking weed and cigars, cold beer, gin, steaks, chips and dip, and comfortable shorts and flip flops all year long. I’d buy a giant ranch with tons of animals if I won the lottery. I love pretty much all sports but in particular hockey and baseball.

QUESTION: First off, congratulations on winning the Corona Cup simulation playoffs. That must be quite the honour? Did you watch most the games? Did you have viewing parties? Were you on the edge of your seat? Did it fill the void without the Stanley Cup playoffs this spring? What was that experience like following Duckman’s Domination throughout their playoff run?

ANSWER: Thank you. To be honest, I wasn’t quite sure how much I was going to like watching the simulation. I sim baseball games sometimes, but that’s just to watch Clayton Kershaw pitch. I found myself getting into it more and more. By the time the final rolled around, I was starting to remember what that ‘anticipation’ is like when watching sports.

QUESTION: Were you confident heading into the playoffs that you had the best team on paper? Or were you surprised by Duckman’s success? Did you develop a favourite player on your team from watching the games? Who were your MVPs and unsung heroes of that run?

ANSWER: I knew I had a good team, but still you never know. I think we were ranked 8th overall going in, so I knew we had a good shot. I loved watching John Gibson on this run. He was unreal at times — and other times he would get pulled. He was pulled twice in the final before locking it down in Game 6 where he was brilliant.

QUESTION: Now, I understand you are entering the UFHL redraft? No loyalty to this roster that won you the Corona Cup championship? If you could keep one player from your current roster, who would it be and why?

ANSWER: I’m trying to win two titles with two different rosters and get in the UFFS HOF in the first year!!! I would probably keep Steven Stamkos if anyone — possibly Gibson, but likely Stamkos.

QUESTION: Talk about that decision to enter the redraft — was it a difficult decision or an easy one? Without sharing too much of your strategy, what kind of team are you hoping to build through the redraft? Do you already have specific targets in mind or are you waiting to see the full player pool before making any draft plans?

ANSWER: My roster is good, obviously, but it wasn’t mine and that’s a good chunk of getting into fantasy sports. Even when you take over someone else’s team, it doesn’t feel like your own until you start making moves. I can’t wait to draft my own team and many of my current players will be back I hope. I’m hoping more owners enter the redraft, so the pool is deep. I’ll wait to see the full list before determining the team I’ll try and build.

QUESTION: Why Duckman’s Domination? Explain the team name and the nickname Duck since I know that is your Twitter handle as well (@DuckMillard), what’s the back story there?

ANSWER: When your name is Millard, it gets spelled Mallard all the time, so it’s been with me all my life, and as you can see I am quite good at dominating fantasy hockey.

QUESTION: Tell us a little about your fantasy background — feel free to brag a bit. How long have you been playing? What kind of leagues have you been in prior to the UFHL? Do you play other fantasy sports besides hockey? What is the highlight of your fantasy career? Or what are some of your biggest accomplishments and successes over the years?

ANSWER: I’ve been playing fantasy since the late ’90s when you didn’t have websites that sent trade offers for you or texting, you had to haggle and negotiate on the phone with other owners. I remember one time being late for work because I was trying to close a deal. We used to sit in the newsroom at CKX TV or the sports department and made trades all day long. I have played a bunch of different sports — currently in two hockey, two baseball, two football and hoping for two basketball leagues. One of my greatest triumphs was trading a closer who was on the DL for the year for a good player … always spot the weak link and attack. If you’re not contending, you should be rebuilding is my philosophy that I borrow from current Vegas GM and Brandon Wheat King owner Kelly McCrimmon.

QUESTION: Talk about joining UFF Sports. How did you hear about them? When did you get involved as a franchise owner? Do you have a history with cryptocurrency or were you attracted to the platform as a fantasy guy? Did you join for the fantasy challenge or as an investment? Why do you believe in this platform? What aspect or concept do you like most about UFF Sports and the UFHL?

ANSWER: I saw it online and started chatting with some people from the team (they lead the league in Andreas) and really became intrigued by how realistic it is. Let’s face it, we play fantasy to feel like a real GM or coach and this seemed to have it all. I didn’t know much and still don’t know a lot about cryptocurrency, but I’m excited to learn. At first, it was about fantasy and now it’s about an investment. I can’t imagine how much Connor McDavid will be worth in a year or so. I think this platform and any other sport they roll out will work because of the exclusivity of the owners’ group (only 31 teams) and the ability to participate as a scout. My favourite part is the league doesn’t end two weeks before the playoffs like most fantasy leagues. The playoff format is awesome and I can’t wait for the real thing.

Duckman’s definitely inherited a strong roster as an auto-picked team from the initial UFHL draft, but I totally get Dean’s desire to draft his own team. I would want to do the same in his shoes. And like Dean said, some of these Ducks could return to the flock and continue to fly together. Stamkos and Gibson would certainly be the targets to retain, but building a similarly balanced lineup should be the goal.

Watching the Corona Cup Final play out, it was quite the scene to see Duckman’s hoist the Cup in Dean’s host city of Edmonton. But it was a strange sight to see the Edmonton crowd roaring for Johnny Hockey as the Conn Smythe winner — the most valuable player of the UFHL simulation playoffs. Gaudreau may never get that kind of ovation in Edmonton again, though he’s not as much of a villain there as Calgary teammate Matthew Tkachuk. It was still awkward to watch and a reminder of how wicked it would have been to see a Battle of Alberta matchup in the first round of this year’s Stanley Cup playoffs. Perhaps this simulation will be a good omen for Edmonton emerging as one of the NHL’s hub cities and maybe the Oilers can pull off a joint parade with Duckman’s Domination this fall in the City of Champions. Here’s hoping we’ll be watching real hockey again sooner than later.

Thanks to Dean for his help in debuting this Meet the Owners profile series and best of luck to his Ducks in the UFHL redraft as well as the official UFHL playoffs and the many seasons to come with UFF Sports! You can also get to know Dean through his recent appearance on the UFF Sports Podcast.

Let’s face it, we play fantasy to feel like a real GM or coach and [UFF Sports] seemed to have it all. I didn’t know much and still don’t know a lot about cryptocurrency, but I’m excited to learn.