Curtis Johnson bought himself a shiny new toy for Christmas — a franchise in the Ultimate Fantasy Hockey League, purchasing the Bombers from Brock Holowachuk.

That sale became official on Dec. 26 but, unfortunately, Johnson didn’t get a Boxing Day discount — paying a record-setting price of $2,400 USD. But as the kids say, treat yo’ self!

“The UFFS is the closest thing to owning a real hockey franchise as an Average Joe and a dream of mine has been to own/GM a WHL franchise,” said Johnson, a 34-year-old entrepreneur and investor with NHL bloodlines. “Fantasy hockey leagues are a dime a dozen but this takes it to the extreme … in a good way. The UFFS and their founders have created something special where you have this fantasy sports world and its ecosystem that creates for each individual (owners and scouts) a chance to build digital assets that can turn around and be traded/sold and that’s what makes owning and general managing so realistic in this league.

“The future for UFFS is bright and I want to be a part of it for as long as I can!” 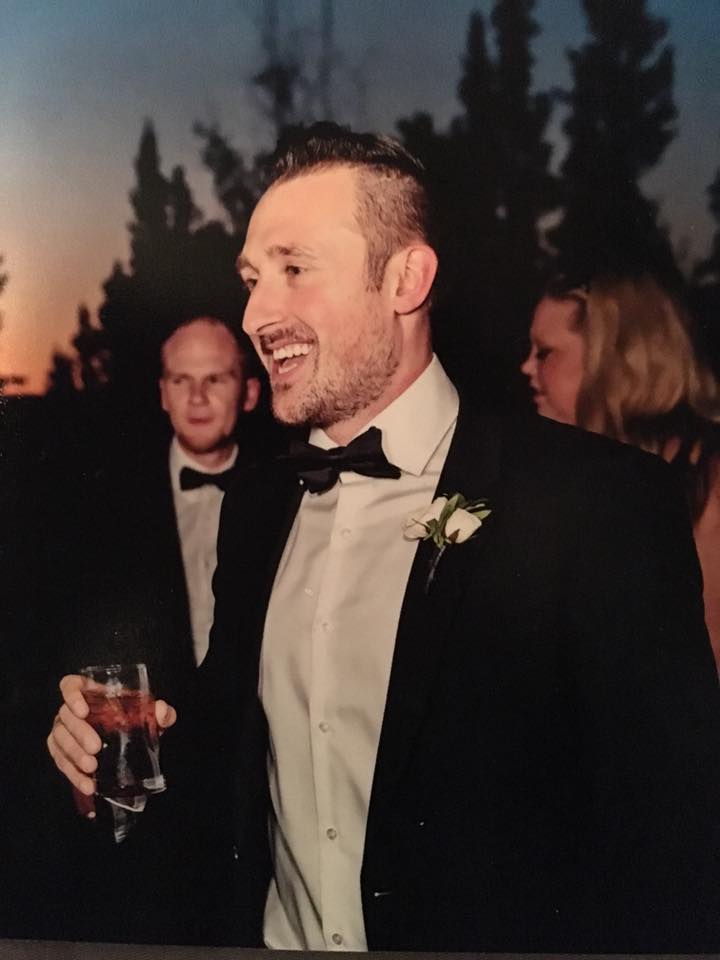 Johnson owns the CanWest Fantasy Sports Group — which will be rebranding the UFHL franchise to the CanWest Generals — and is now fully invested in the UFF Sports platform, having previously purchased a UFAHL franchise and started a scouting agency. The UFAHL franchise will be known as the CanWest Corporals, with the CanWest Scouting Agency serving as a feeder system and revenue generator for both franchises.

Johnson will be doubling as general manager for the Generals and Corporals — at least for the 2021 season — but has already assembled an army of a support staff.

Harrison Fallow will be Johnson’s right-hand man in a dual role as assistant general manager and head scout.

“Depending on how the UFAHL franchises run alongside the UFHL, all three organizations will have an impact and be intertwined with each other,” said Johnson. “Harrison and our scouting department will be the most important one of the three, as identifying young talent to pick up in the Futures Auction and Open Market will help fund our ability as a UFHL franchise to purchase top-end prospects in the Entry Auction as well as trade for better assets.

“If the UFAHL affiliates with the UFHL franchises, having a deep and talented prospect pool will not only help ice a competitive UFAHL franchise but be a feeder system to solidify a strong UFHL roster every year.”

The Bombers, who were voted No. 23 in the preseason Power Rankings from Dec. 1 but had the potential to be a top-15 franchise on paper, recently parted with three of their top young talents in Miro Heiskanen, Kirby Dach and Jesperi Kotkaniemi in a blockbuster trade that returned Troy Terry, a 2022 first-round pick, and cash considerations ($1,800 CAD/$1,396 USD) for their former owner.

Despite those significant losses, Johnson is still inheriting a core that includes Tyler Seguin, Vladimir Tarasenko, Patrik Laine, Clayton Keller, Joel Farabee and Barrett Hayton up front, with Terry, Robby Fabbri and Conor Sheary rounding out their top-nine forwards as of today. It’s a quality group, but the defence leaves much to be desired without Heiskanen, though Thomas Chabot remains a stud on the back end for the Generals, who will be backstopped by the budding tandem of Thatcher Demko and Jack Campbell, with Anton Forsberg adding depth in goal.

Brock Faber is their lone prospect on the protected list, but their scouting agency has already added 16 players from the Open Market, including several promising Futures and some potential sleepers among those already drafted.

“The Bombers’ roster is one that is left with some major bullet holes and, as a group, we will need to sit down the next couple days and evaluate what direction we want to go moving forward,” said Johnson. “With only four defencemen and 11 forwards under contract going into this season, our group knows filling those spots with either young prospects or solidified NHL talent is needed. Tarasenko will be on LTIR, so we have 20-plus million in cap space to take on some big contracts if we see fit.

“On the front end, we have some key pieces for the future in players like Laine, Keller and Farabee. The back end needs the most work and that’s the area where we will lose most of our fantasy points from this year. Our goaltending could use some upgrading as well, depending on the direction we want to go. I’m predicting Demko won’t see as much time between the pipes as (Braden) Holtby, but we feel he is still a great goalie to have for the future. We will be looking for a starter who will see 40-plus games this season or a young talent with some pro experience. Aside from our active roster, we need to start adding valuable young junior/pro talent to our protected list through Open Market, auctions and trades.”

That is a solid assessment from Johnson, who comes from a hockey family and playing background. He was an assistant captain for the AJHL’s Lloydminster Bobcats, leading by example as a two-way forward with as much heart and grit as offensive ability, but his twin brother Chad made it all the way to the NHL as a goaltender — playing nearly 200 games, primarily in a backup role with the Rangers, Coyotes, Bruins, Islanders, Sabres, Flames, Blues and Ducks over the last decade. Not to mention being drafted by the Penguins back in 2006 — that’s nine different NHL franchises for those keeping count.

Congrats to all the #IHD #Crashletes who got drafted today and to all that didn't - There are lots of examples around the hockey world of kids who have moved on to play in the @WHL @NCAA and @NHL. Just to name a couple recent locals @tjlloyd_7 (NCAA) @DrSouce71 (NHL) https://t.co/LKOb1yA4Qb

As for the Bombers’ history, Holowachuk is from Oak Bank, Manitoba (near Winnipeg) and was one of the 17 original owners who participated in last January’s initial UFHL Draft. He was featured in a Two Minute Tuesday segment during this year’s playoffs and had a successful stint before it became a bit overwhelming as the intensity and competitiveness continued to ramp up with more serious players joining the fold in recent months.

“I appreciate the opportunity to have been a part of this league and I am very excited about facilitating the introduction of a franchise owner who will be a good fit for UFFS’s growth,” said Holowachuk, a full-time public servant and part-time firefighter. “When I purchased my franchise, I was as confident UFFS would grow quickly. That was even faster than I expected and, as a result, the investment of time required to be a franchise owner exceeded the time I was able to commit. I am confident that Curtis is ready for this commitment and hope his experience is positive and enjoyable.”

Johnson is also a part-time firefighter, so they ironically had that in common, and all signs point to the CanWest Fantasy Sports Group becoming a perfect fit for the UFFS platform.

Holowachuk’s experience was certainly positive in terms of profitability and asset appreciation — netting $3,131 USD ($4,021 CAD) in less than a year. He bought the Bombers for $200 USD and invested an additional $285 USD through a $200 annual entry fee, $25 for Faber in the Entry Auction and $60 for Forsberg as a direct sale from The Farm Scouting Services (formerly Scott Mills). Holowachuk’s expenses totalled $485 USD ($623 CAD).

As much as Johnson and the CanWest group would have loved to have bought the Bombers before that Dec. 23 blockbuster — with the chance to build around that trio — they are still looking forward to working with what they’ve got now.

“There are a couple things that I’m looking forward to — first, on the fantasy sports side, the upcoming UFAHL Draft. Right now, we’re putting in the hours prior to the draft, scouring through 700-plus eligible players and identifying the ones we see fit being on our 23-plus man roster. Then when draft day rolls around and being able to see our plan come to fruition, it’s going to feel so rewarding!” said Johnson. “Secondly, with regards to the business side, I’m excited to be a part of the UFFS growth. While still somewhat in its infancy, the UFFS and the UFHL have come a long way since launch day and I, for one, want to continue to help push this platform to heights we all know it can achieve.”

The UFHL will continue to evolve and those “cash out” trades that have become commonplace may be prevented by new rules to be tabled at next offseason’s Owners Meetings. The Bombers weren’t the first franchise to collect a financial windfall on their way out. Dynasty decimated their roster for $1,700 USD in cash considerations, leaving the league with a negative value asset and prompting the formation of a Competition Committee to monitor trades and maintain the competitiveness and desirability of all franchises. But with the Bombers’ core remaining competitive and desirable, the committee has no grounds within the current rules to reject these “cash out” trades that were also utilized by the Power Players, Tornadoes and Chilean Sea Bass prior to their franchise sales.

For the record and for those interested, Power Players traded Tony DeAngelo, Gabriel Vilardi and Filip Zadina for Jeff Petry, Steven Santini and $750 CAD ($569 USD) on Oct. 19 — the same date as their franchise sale, with the new owner aware of that trade at the time of purchase.

There have been 10 franchise sales since mid-October following the inaugural UFHL playoffs and Entry Auction:

Turnover will be inevitable in the early years as the UFF Sports platform emerges as a leader in the fantasy industry for its unique appeal of digital asset ownership on the blockchain.

Worth noting, once UFF Sports and the UFHL transition to the Zilliqa blockchain this winter, the existing 31 franchises will all technically be for sale at all times. The current owners will be able to list their franchise for a set price on the sale block but outsiders will also be able to submit offers in the form of bids on any franchise at any time.

For more on the CanWest Fantasy Sports Group, here is a preview of their Meet the Owners profile:

Bio: I’m a Canadian boy who grew up playing hockey like millions of others. I finished my junior career in Lloydminster and continued in the hockey world but on a different path than being on the ice. I started a strength and conditioning company called CuJo Conditioning, tailored for developing elite hockey players. Past and present clients include Kale Clague, Ty Smith, Bryce Kindopp, Mazden Leslie and Chase Wouters.

Over the years, I have coached several teams in the Border City, including the Bantam AA, Bantam AAA, Midget AA and Midget AAA teams.

Aside from running CuJo Conditioning, I am also a paid on call firefighter with the city, an avid day trader and investor.

In terms of fun away from work, I enjoy traveling the world with my beautiful wife Tina and going on hikes with her and our dog Jersey.