The Ultimate Fantasy Hockey League has another franchise sale to report and the new owner is no stranger.

Donny Tulk has stepped down as general manager of Rock Republic in order to purchase the Defenders franchise from Miguel Vidal for $750 CAD ($590 USD).

“Although I have mixed feelings, it’s not all doom and gloom — with change comes opportunity,” Tulk said of the transition from Rock Republic to the Defenders. “I get full management control. How can I pass that up?

“I would like to thank Miguel and the Defenders, along with the UFHL, for making this all possible. I would also like to thank my former partners at the Rock Republic for trusting me as their GM and allowing me to have this opportunity. I was blessed to work with an extraordinary group.”

Tulk, who was part of a five-man ownership group with Rock Republic, parted on good terms that included an undisclosed buyout for his stake in that franchise.

“I would like to thank Donovan Tulk for all the hours that he has contributed to the Rock Republic franchise. Without you, this franchise wouldn’t be where it is today,” said Kyle Roberts, who had been Tulk’s right-hand man in recent months and stands to be his successor. “Myself and Donny have become even closer since joining the Rock together and I’m going to miss working with him. I wish him all the best with his new project!

“It’s sad to see Miguel of the Defenders move on as well,” Roberts added. “I wish him all the best too.”

For Tulk, the opportunity to become a sole owner with full autonomy over hockey moves was enticing and the price was right, with Vidal citing work and family commitments as his reason for selling.

“Unfortunately my work has gotten crazy, as I am currently the owner of a corporation and have now started three more — not to mention the time I need to allot for my family as well,” Vidal said. “I just can’t commit. I wish this league and all its owners all the best, I think great things are happening here.”

Tulk will serve as head of hockey operations for the Defenders, but he won’t be flying solo in the front office. Tulk immediately named Paul Easton of Easton’s Scouting Solutions as his assistant general manager. Easton also had a history with Rock Republic as an original member of that ownership group before resigning to start his scouting agency. Easton will be taking on a more active management role again with the Defenders.

Easton’s Scouting Solutions will remain affiliated with Rock Republic, which has promoted Roberts to their GM role. Dylan Wheaton will be stepping up to serve as his assistant GM, with David Brown continuing as their marketing director and social media manager.

“I am honoured to become the second GM of the Rock Republic! I do not take this duty lightly and I will continue to build the franchise the best way I can,” Roberts said. “Dylan and I go back a long way — friends from high school, became closer in university, and were roommates for a year. Dylan will provide the Rock with even more hockey knowledge and financial advice. The future is bright!”

Rock Republic had been Tulk’s baby as an original UFHL owner and he overseen their rise to No. 7 in the recently published preseason Power Rankings. They also built up one of the league’s strongest brands and biggest social media presences.

Tulk and Easton will now try to replicate that success with the Defenders, who were ranked No. 19 by their peers in those Power Rankings.

“We would like to congratulate Paul in taking on his AGM role. He is a great hockey mind and will thrive in a much more hands-on role,” Roberts said. “We are also happy to be able to retain his services as our affiliated scout.”

Rest assured, the Defenders will be in good hands — and active hands — going forward.

“Good luck out there everyone. See ya on the ice,” Tulk said as his parting shot.

Meanwhile, the Blizzard franchise is also now for sale. Owned by Christopher Shane, who happens to be Vidal’s business partner in real estate, the Blizzard were ranked No. 20 with a roster that includes Brad Marchand, Max Pacioretty, Travis Konecny and Kaapo Kakko up front, with Moritz Seider on the blue line and Jacob Markstrom between the pipes.

Shane has also been working long hours and coaching his son as a rep-level goaltender in Ontario, leaving little time to pursue his passion for fantasy hockey and prompting him to entertain offers for the Blizzard franchise before the upcoming NHL season. 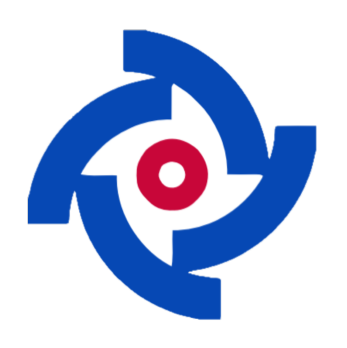 Turnover will be inevitable in the early years as the UFF Sports platform emerges as a leader in the fantasy industry for its unique appeal of digital asset ownership on the blockchain.

Three previous franchises — Power Players, Monarchs and Elite Assassins — sold for $2K CAD, which seems to be the going rate for franchises that are in good shape on paper, including their protected list.

The UFHL will be welcoming a 32nd franchise in 2021 — mirroring the Seattle expansion process in the NHL. That franchise auction will likely start in January and end in March on the same date that Seattle makes its final payment to officially join the NHL. The UFHL’s expansion draft will also take place on the same date as the NHL under the same rules, so that franchise promises to be in high demand with the newest owner getting the full expansion experience.

Worth noting, once UFF Sports and the UFHL transition to the Zilliqa blockchain this winter, the existing 31 franchises will all technically be for sale at all times. The current owners will be able to list their franchise for a set price on the sale block but outsiders will also be able to submit offers in the form of bids on any franchise at any time. Exciting times ahead!